The lights are low as the meal presses on. There are five plates piled high with food at the dining room table, but only four people are present. A single candle stands in the spot where the fifth person should be seated. No one speaks a word, but mischievous smiles are aplenty. We are all waiting to see who can make it through the entire meal without making a single sound.

The meal is called a “dumb” supper, but it has nothing to do with being stupid. In fact, dumb is an old English word that means that you are mute and/or unable to talk. Unfortunately, it was used so many times as slang for stupid – especially since many people believe that lack of communication meant stupidity – that the words became synonymous. 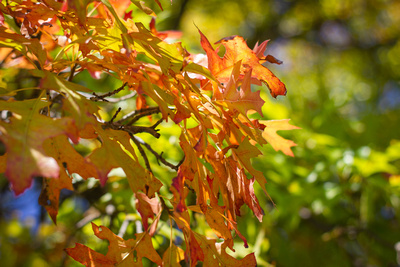 As All Hallows Eve (aka Halloween, Samhain, November Eve, etc.) is supposed to be the night when the veils between the words are the thinnest, it is also the time to show respect to those that passed on and can no longer converse with the living. The dumb supper, aka mute supper, is a tradition in my family where we put one extra place setting out (and a candle to represent those that have departed) at dinner time to let our loved ones know that we love and miss them (It is also a wedding tradition to leave a candle out on the welcome table to symbolize the same concept). We try our best to eat the entire meal in silence, but we slip up sometimes and it becomes a fun game during the holiday meal to see who can make it the longest.

After the meal is over, we place the remains outside. It is an offering to those that passed before us. It is similar to leaving cookies out for Santa on Christmas Eve. It is neat to go back out the next morning with little ones and see how excited they get when the food is gone (and some fox or raccoon is very happy back in the forest). We keep a white candle in the window at night to invite in the good spirits of our loved ones and a carved pumpkin to scare away the bad.

Halloween is arguable my favorite holiday of the year. My biggest reason why I love it so much is because I like making costumes and it is my excuse to wear my crazy outfits all day long.  I also love the fact that Halloween is the one of the only holidays that is about community. Christmas is as well but, for most families, Halloween is the one time a year when you go door-to-door and say hello to your neighbors on your block while your children are trick-or-treating. 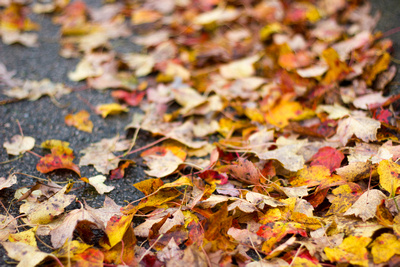 A Full Moon - A Blue Moon

Have you ever hear someone say:  “once in a blue moon?” It is actually in old saying that meant once a year. It was the way people told time passing long ago. In fact, there are thirteen full moons a year in our present calendar and only one lucky month a year gets to host this grand event. It actually changes months each year. This year it is in October. The first full moon will be on October 1st and is called the harvest moon (the full moon that is closest to the autumn equinox is always called the harvest moon because…well…it was a heads up that it was the time to harvest the crops). The second full moon is – ironically – on Halloween and is called a Blue moon.

So…once in a blue moon, there is a blue moon on All Hallows Even, when the holiday is seated on a weekend…and anything could occur! Hahaha! (Enter my evil laugh here)