About a month ago, Mike and I decided that we were going to do a test shoot once a week to continue in our craft of photography. The only time we took off was the Memorial day holiday weekend as it was too busy. This shoot was going to be our forth test shoot so far this year and since we were having a tough time getting a model (covid-19 social distancing), I had to be the model. 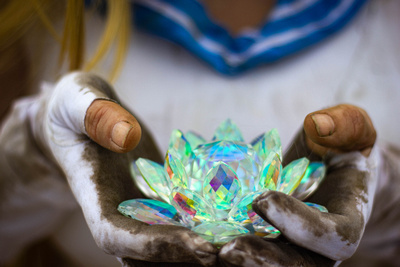 This was not going to be cool.

Sailor Moon was one of my favorite animes as a teenager. In fact, you could say it was how I met Mike Donatello in the first place. Back in the mid-90s, products couldn’t be bought as easily as today. If I wanted Sailor Moon paraphernalia, I had to go to Hot Topic or Sarges Comics in New London. Well, I started to go to Sarges a lot and that is where I met Mike. Long story short, the owner (Bob) pointed out that we were both photographers and we’ve been friends and business partners since.

Now, back to the ugly part. I was going to be Sailor Moon and it was going to be extremely tough because I am now 40-years-old and am the heaviest I’ve ever been in my life (188 lbs)other than right before the birth of my son (203 lbs). I also have a large tumor (non-cancerous) on my uterus so I look heavier because it protrudes. My apologies, I’m not saying this to be gross. I’m just trying to point out how impossible this shoot was going to be.

We had to be very creative with the shoot due to these factors, so a plan needed to be made. The concept was to photograph me from behind so that my stomach was not seen. We also wanted to show a scene instead of a girl standing there looking at a camera. There are way too many pretty pictures of Sailor Moon cosplay on the internet and we wanted to be different. We also decided to use a very old outfit that I had for Free Comic Book Day. It was missing pieces but that was okay because we wanted her dirty and appearing at the end of a battle. 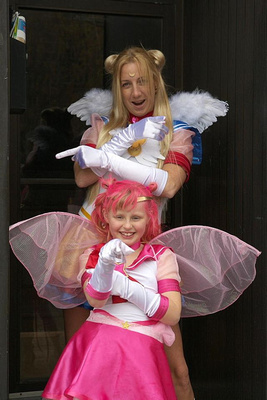 The end decision was taken from a Sailor Moon episode itself. There is a moment after her first battle where she watches the sun rise from afar. Although we were using the Eternal Sailor Moon costume instead of her traditional one, we decided to do something similar to this scene.

We wanted to shoot on a day where there were a lot of dark clouds. These were supposed to symbolize an oncoming battle. Our decision for the shoot was made in less than 24 hours as we were hopping on the earliest day of clouds with no rain in the forecast. Unfortunately, we did not get the full clouds we wanted because the fog rolled in, but it was still close enough.

The day was Friday, May 29th of 2020 and we decided to go up to Rocky Neck State Park as our location. Aaron took the photos with my camera (and my son Connor took an epic shot while we were there) and Mike took photos with his. I was twitching as I stood as the model. I wanted to be behind the camera so bad but I took it for the team.

We had to unfortunately leave the beach earlier than expected as a group of teenagers came and started to make the worst comments I had heard in a long time. I was saddened by this but also knew that people are bored during this pandemic and acting out of character. Most of the group was just having fun but three broke off from the group and they appeared to be vlogging. They saw our shoot and went into detail on what they were going to do to me. Mike, Aaron, and I exchanged looks. Although normally we would change to a different location in the park if we had a client and something like this happened (ironically, we’ve never had something like this happen before), my son was with us and I did not want him to hear it. We chose to quietly pack up and go. Luckily, Connor was having a field day building a sand castle and wasn’t paying any attention. 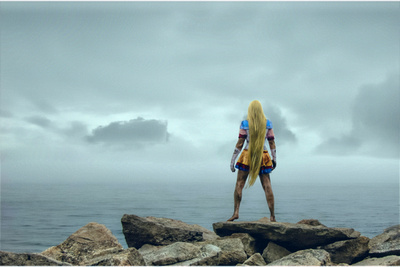 The edits involved quite a bit of liquifying but they came out better than I thought. I was the most excited about a photo that my son took that I thought was amazing. I didn’t even edit his shot. I was a particularly proud Momma Bear. As for the other photos, I wanted to give a fine art feel to them because they were inspired by anime. I didn’t want them to just be a photographic take on the show. I needed more. I fell in love with a couple of them and am pretty proud of the shoot.

Someday, I would love to lose a little bit of this weight and retake the shoot. I would also love to add in Chibi Usa and make it more of a hand-off of power. It would be neat to have an older version of Sailor Moon passing the torch onto the younger hero.